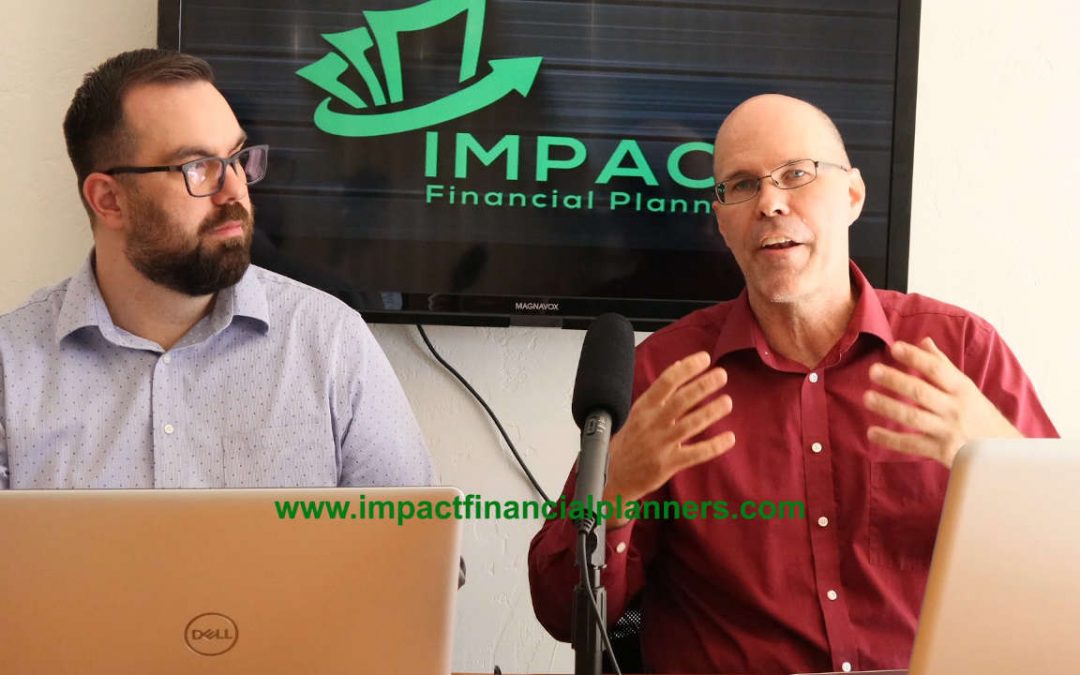 In this episode, we discuss Sustainable, Responsible Impact Investing Trends and Updates. We review the USSIF bi-annual report and the As You Sow proxy voting summary.

Here is the transcript for this episode:

In this episode we’re going to talk about sustainable, responsible, impact investing. This is an update of what’s happening in advocacy and growth currently.

This is the impact financial planners channel with Bill and Jason. We’re here just to talk about making the sustainable responsible impact investing easy for socially conscious investors who want to make a positive change in society through their investments.

All right. Yeah. Thanks for joining us. We’re just gonna give an update. There are two organizations that we’re going to talk about their findings. One is USSIF (the social investment forum). Every two years they come out with the report of how SRI (impact investing) has changed. The other is As You Sow. They annually comes up with a preview or a look at proxy voting and shareholder advocacy. What kind of resolutions are being proposed.

First question: how is SRI in general, how is it grown?
The report the USIF report found that SRA investing in the US has expanded at a pretty good rate. It’s up to 12 trillion dollars up from about 9 trillion in 2016 (when they last reported). That’s about 26 percent or one out of four dollars is using environmental social governance factors in their investing.

There’s a range some are just using it as a factor. Some are advocating and participating quite a bit. That’s a it’s a big increase for sure.

Who is it that’s participating in socially responsible or SRI investing?
It’s a big increase and it’s becoming more mainstream. I think it is becoming more known. There are about nine trillion through institutional investors. This is professionally managed money through money managers.

One of the the more important parts of SRI is shareholder resolutions. That’s where basically, if you own stock in that company, you’re a shareholder.
You have a vote and you can also
You know file a resolution to try to shape the change of the direction that you want to see with that company
And so how many of those have been filed? Yeah, so then you’re right
That’s how you really make a difference is through these resolutions and a lot of people institutions don’t vote
So they pass a lot of times with a small percentage. There’s two trillion dollars of that
12 trillion that’s involved in ESG 2 trillion of it is
Actually being used to file shareholder resolutions is is backed in the the resolution
filing area in for 2019 there were
400 shareholder resolutions filed on environmental social governance issues
71
Proposals and that’s more than last year have been withdrawn so you can file it
it’s a
Negotiating tool you talk to the company if you have an issue with that company
and if the company doesn’t want to make change you file a resolution and if somewhere before
The resolution goes to a vote. The company says yeah, we’re in agreement or there comes to an agreement
You can withdraw that shareholder resolution. So in addition to the 400 that are going to be voted on
71 were polled and that’s usually a good sign. It’s a lot easier to negotiate with the company then to go through the shareholder
resolution process
Both sides the company looks good, too. They make a change. They don’t even have to be forced to make it
What’s the trend?
What are the the resolutions about I guess similar to last year that one of the big issues is climate change
So just about half of the resolutions were in regards to
environmental proposals mostly climate change and
corporate political activity and I’m sure that’s gonna be
Even more next year as we get close to an election the categories of board diversity and Oversight
Sustainability Human Rights were about 10 to 12 percent each
Diversity in the workplace was another 4 percent and the remaining issues were health around health issues media concerns
ethical finance and animal testing and so obviously we’ve covered, you know the growth
Kind of how some of those changes are made
Kind of some similarities and differences from the past
What’s different this year?
So this year there was a big change some big
Mutual fund companies are getting involved with proxy voting and this is new
normal
Normally if it’s not an SR I fund they abstain from voting on ESG issues
And if you don’t vote you’re kind of just passing it off to management voting along with management
So some very large companies got involved in voting for environmental social governance issues
It started with them supporting climate change issues and now they’ve gotten into voting on
issues or proposals around the opioid epidemic and gun control
so they’re expanding hopefully that’s a trend that continues that they do look at more because the easy SG issues do
Affect companies bottom lines, so it’s good that they’re having a presence there. I guess we’ve covered a little bit of this already
So the the topics that were addressed more specifically, yeah exactly
Yeah, if we break them out into the ESG, the environmental issues that are being addressed
there were 60 resolutions about climate change this year in
managing greenhouse gas emissions
Several proposals are seeking to get reporting from energy and utility companies
about what these firms plan to do in a
Low-carbon economy of the future what their transition plan nine asks for reports on energy efficiency
renew and renewable energy goals from food firms
Industrial firms and retailers and then concerns about food production and how that contributes to deforestation
prompted some companies to pledge that they will only get their
Food supplies from sustainable sources and so on the social side what kind of things were?
Addressing social side L would gun control and opioid epidemic right? You got it
The big campaign is about elections and lobbying
and of course as we get close to elections that becomes more and more of an issue thirty three proposals asked for
Oversight and disclosure about federal state and local lobbying additional proposals were guarded
LGBTQ
protections prison labor human trafficking a bunch of other ones
But but those were not as large and then as far as the governance of those corporations themselves
What what kind of stuff is address with that governance? There’s again a long-standing push for
companies to have more diverse boards of directors
And so twenty-eight proposals were asking to change policies or change how they’re getting boards of directors
And diversify that board thirteen resolutions asked for some type of board oversight
Well, hopefully this gives you the viewers kind of an update on what’s going on a little deeper
Look at SR I and if you have questions about it, please reach out to us. We’ll respond to you directly
Yes, you can always go in deeper. Exactly. There’s a lot of questions
Yeah, there’s a lot of information out there about specific companies which ones are being addressed. What funds are
Addressing what issues are filing resolutions? What managers so
there is a lot out there, but this is trying to just get a trend or
Report on trends in some of the issues being addressed. Yeah, exactly
and so you can always find us at impact Financial Planners calm and
please like and
Subscribe this video and we plan to be doing more updates like this in the future

If you want some information about SRI investing we do have a free ebook at impactfinancialplanners.com/sriebook/ it’s free you can learn about some of the different issues how you can make an impact with your investments

All right. Thanks. Thank you